The differences between somebody who’s just an expert and true educator are hard to pinpoint, but a conversation with Ele Willoughby makes them rather obvious. As a geophysicist by training and an printmaker through passion, she grounds her research on a digestible basis. And in turn, science has informed her creative inspiration with unexpected poignance. Examples include her series of female scientists, depicted in ways that pay homage to their contribution; similarly, a series on bees spotlight their importance to the biodiversity of life itself.

Despite Ele’s smarts, her curiosity and softspoken wisdom make her not only easy to talk to—but you come away feeling rewarded. She is intellectually generous, yet she has a healthy skepticism that keeps her brain from veering too far left or right. Having thought about how art and science can work together since girlhood, what she’s found the most helpful is seeing them as different paths with the same objective: to convey her understanding of how the world works. Read on to learn more.

How did your interest in art and science come about?

For me, art and science have always been my big loves. Art on the one side; math and physics on the other. The idea of being a scientist is a very modern concept. It’s only been about a century that people were able to make a living out of it: You had to have had so much education. So when I was young, I thought, you can’t be an amateur scientist, but you can pursue art on your own.

I made that choice and studied physics in school. I found my niche in geophysics, which is great because it’s not just fascinating, but you also get to travel to places that people just don’t go to. You feel like a real explorer, because these are the last frontiers on the planet.

But as I went through schooling, I felt like I was losing more and more of my artistic side. So I started doing it on the side—first by trading some art, teaching myself to part with things I’d created. Then when Etsy started, I started my own business. And when I was a post-doc and a research associate, and was anxious to start a family, I had my contract run out. That was when I thought, here’s the time to ramp up my art business. It was going to give me the freedom to have a baby, choose my own hours, and do what I want to do. We have this idea that art and science are very separate. But I don’t think that’s true. Throughout most of history, people have done both.

I don’t have the responsibility of the science job now, so I just grew my business. I’ve been working ever since to find a niche that would let me do both, whether it’s through communicating science through art—because I’ve always enjoyed teaching—or doing some geophysics one day and printmaking on another. That’s my goal. 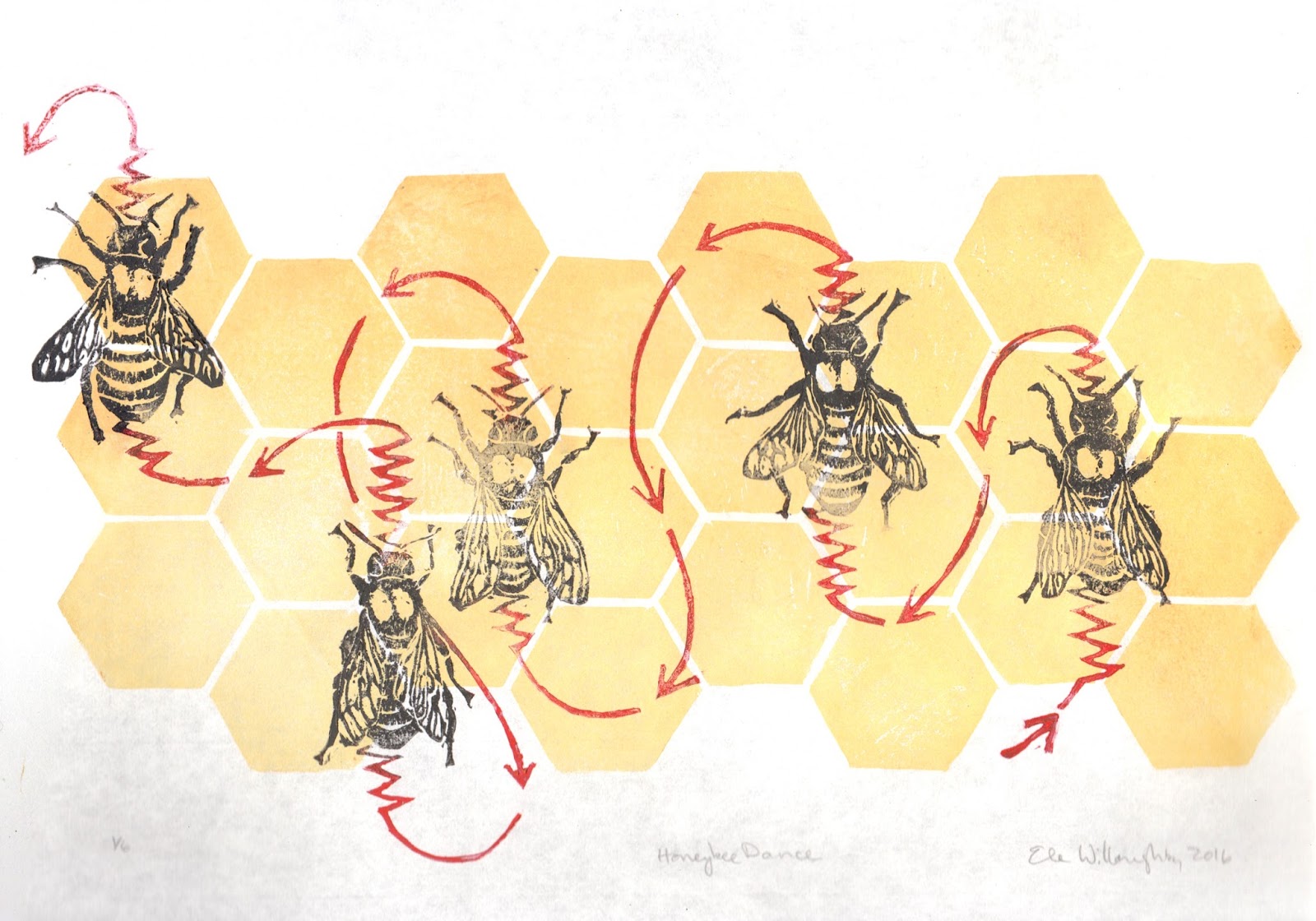 I thought your series on bees was a great way of informing the masses about the value of often overlooked species. Can you tell me more about your experience in educating others through art?

When you’re in grad school, you tend to get a job as a TA. I was recruited to teach a specific course called The Way of Physics. It was a physics course for art students, so it wasn’t math-based; they wrote essays. The professor who taught it thought I’d know the right language to speak to them. I really enjoyed that. Art students ask the best questions. Science students tend to be a little inhibited sometimes. They don’t want to admit they don’t know something that’s factual; whereas an arts student, because they don’t have that background, will ask questions that a science student wouldn’t.

What I found was that we would draw a lot. I can’t write the equations, which was the way I would’ve answered questions for a physics student. I could plot graphs, or draw a picture or a diagram. It was less intimidating for people who would think more visually, and I can communicate those ideas without alienating people. It’s sad—the number of times I’ve been told by a student that their math teachers have been mean to them. There shouldn’t be stumbling blocks. As long as students are interested and engaged, that’s great.

Learning about the environment and being a good enough citizen of science to know enough about the world from that perspective is important. Visual art is that next step. If you could tell a story visually, it’s the most direct means of communication. It speaks right to your gut: You see with your eyes. With art, people’s guard come down a little. It feels less threatening, because the goal for it is to be beautiful and lovely.

“Learning about the environment and being a good enough citizen of science to know enough about the world from that perspective is important…With art, people’s guard come down a little.”

How do you think your scientific background informs your creative sensibility?

I’m an experimentalist by training, so I’m an observer. I actually know a number of printmakers who are scientists. The thing about printmaking is that there’s a certain process involved, and I think that really appeals to people who are used to setting up an experiment: For example, how the way I carve would affect what comes out on the other side.

It also affects my agenda, especially when I talk about the history of science. I’m trying to put people who were left out of the story back in, as a woman in physics. They haven’t been there in the same numbers as men, but there are some people who have had major contributions who’ve been left out—whether it’s women or minorities, or groups that haven’t traditionally been seen as scientists. Even now, despite growing bigger in numbers, they remain invisible, whether it’s on TV or other media portrayals of these stories. 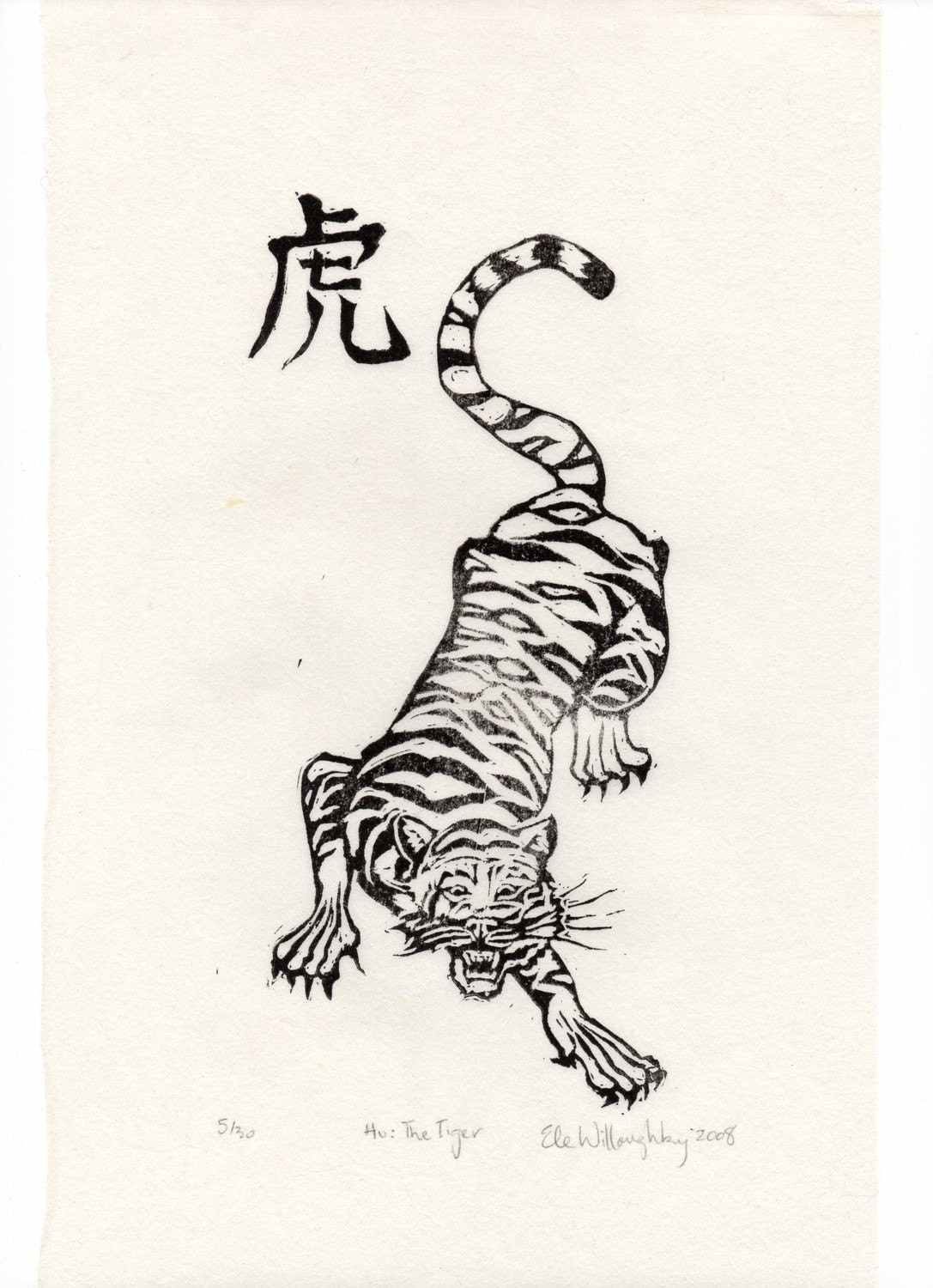 Have there been any discoveries you’ve made in your creative process that you’ve applied to your scientific pursuits?

I can’t entirely turn that attention to aesthetic off. I must be the only person in the room, quietly wondering to myself about how ugly that circuit board is [laughs] And there are other things, particularly when it comes to visualization and how I communicate. Having some experience conceiving an image can only help. People learn better with images.

Sometimes, when you meet people who don’t have that skill set in visual communication, they have the tendency to convey way too much information, like using too many words and symbols in a diagram. No—you’re trying to convey a big idea. That’s what needs to dominate. You’re a visual editor. Get to the real thrust of the concept.

Have there been any challenges along the way?

I’d never stopped doing art—it was always something that I loved—but when I started doing it more seriously, I was scared that there would be a bias. I was worried that other scientists would look at me and think that because I was doing art, that I wasn’t taking the science seriously. I don’t know if there’s any truth to that, but some of the culture in science could use some improvement. It can be quite judgemental. But I think you just have to own it. People are whole people, and we shouldn’t be worrying about it so much.

“I was worried that other scientists would look at me and think that because I was doing art, that I wasn’t taking the science seriously.”

You mention drawing a lot of inspiration from myths and legends as a type of proto-science. Are there any uncertainties right now that you find inspiring on a similar level?

Something I watch with interest is particle physics. There may be some problems with the Standard Model we use to try to explain how particles interact with each other. Maybe in centuries ahead, we’ll look back and see the model as a type of proto-understanding. It isn’t a myth, but there was a point when we thought we knew it all.

That’s actually something scientists don’t know how to deal with, I think. Something you see a lot in society these days is people rejecting some major ideas in science, well-established ideas like climate change and vaccinations, which is alarming. You get people who mean really well, who mean to communicate science, coming across to the public like no, you’re wrong, science knows everything. But that’s not what science is, or does. Science is a process. We need to do a better job in explaining why we think things, and what the word theory means.

Of course we’re always going to refine, but things like temperature changes over the past decade—that’s not hard to measure. But ideas like how the temperature will change in the future, or how many of those changes are due to human activity… those are still open to question, and it’s okay to say that. You need to trust people more, which is a challenging thing to do when there are people with loud voices and big platforms who are saying things that can be dangerous. 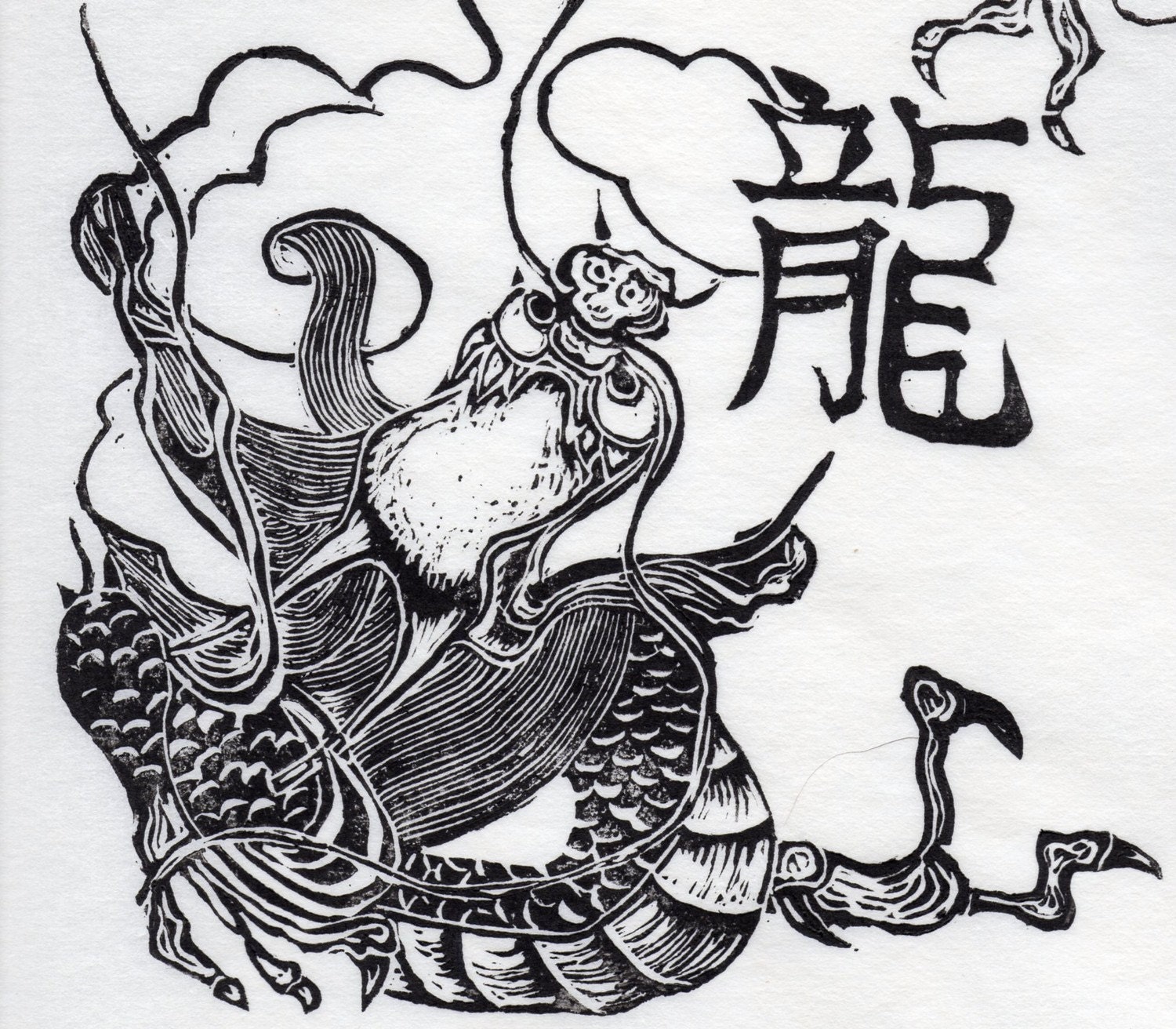 That’s where art can really help, because it has the power to communicate scientific fact with human stories.

One area you see really good science reporting is in health. There’e some really excellent communication there, because everyone can relate to it. Disciplines like physics or geophysics may seem lifeless to some people, but one of the ways to bring it to life is to tell the stories of people involved. In some instances, that’s a heroic struggle—centuries of trying to understand our planet and our home. I hope by telling the stories of the characters, that will help people get more involved.

“Disciplines like physics or geophysics may seem lifeless to some people, but one of the ways to bring it to life is to tell the stories of people involved. In some instances, that’s a heroic struggle—centuries of trying to understand our planet and our home.”

Do you have any advice for others who may be facing a similar fork in their professional path—to help them realize that they can combine the two?

I’ve had people ask me that at shows—grandmothers coming up to me with stories about their niece who’s studying biochemistry, but wants to make quilts or something. [laughs] The first thing I’d say is don’t be scared. Academics love to talk about what they do.

Second, the internet is a great facilitator of connections. You can find other people who feel the same way. On Etsy, there was a team called The Mad Scientists of Etsy, and it was interesting to meet people who thought the same way as I did—ask one day about where to find certain art supplies, and talk about working at the lab until three a.m. in the next. It helps to find a network and you can do that on the internet, no matter how strange you feel your particular combination of passions in life.

When I was younger, people would ask me why I wanted to study physics: it’s so hard, why would you want to go into that? But they’re missing the point, that I find it fun. Math comes naturally to me—it makes so much sense—and that’s fascinating to me. If you don’t see that instantly, I can use other communication tools to show that beauty, fascination, and wonder.